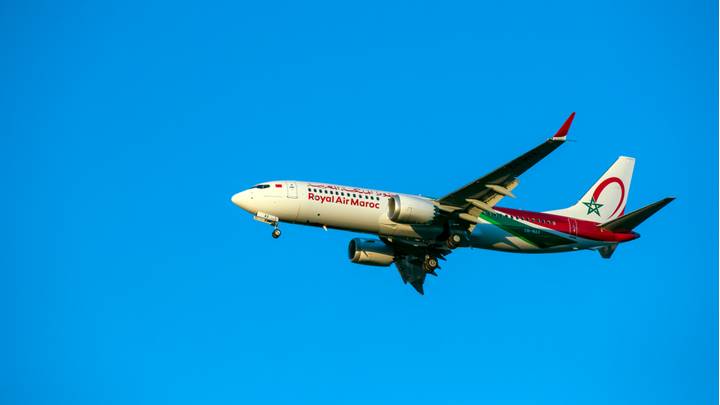 A stowaway who clung onto an aeroplane as it took off from an airport in West Africa has reportedly died.

The Royal Air Maroc flight AT526 left the Guinean capital of Conakry yesterday bound for Morocco, with connecting passengers then due to go onto France.

However, horrifying footage has now been released showing the unidentified man’s body hanging out of the plane on the runway of Casablanca’s Mohammed V airport.

Authorities now believe it’s most likely that the man died during take-off in Conakry.

One of the passengers who was on the flight said they were ‘shocked’ by the tragic incident.

Camille Sarazin, from Paris, France, had been visiting Conakry as part of a business trip and was on her way home when the devastating news was confirmed.

Speaking to The Daily Mail, she said: “I was shocked to find out what happened during the flight. I didn’t know people tried to leave their country that way. It’s very dangerous.

“I feel very sad for him and his family.”

It’s understood that connecting passengers who landed at Paris Orly Airport were informed that their luggage had not made it through to France because of what had happened.

Ms Sarazin added: “When I arrived in Paris, my luggage was missing, as well as the luggage of all the passengers arriving from Guinea – I’m still waiting for it.

“A friend from Conakry later texted me an article. Apparently a man died during take off at Conakry airport after trying to leave the country illegally.”

Sadly, this is not the first time a stowaway has made their way onto a plane and died.

Earlier this year, the body of a suspected stowaway aboard a Kenya Airways plane that plummeted to the ground in London, landed just three feet away from a sunbathing resident in Clapham.

The person fell from the plane as it was lowering the landing gear in preparation for touching down at Heathrow Airport.

A friend of the sunbathing tenant told The Sun: “He was so lucky not to be hit and killed. The impact obliterated the body.”

The sunbather, who is in his 20s, was lying down sleeping in the garden when the migrant’s body fell from the undercarriage of the Boeing 787 aircraft.

we are internet entrepreneur, and philanthropist. we known for co-founding Vulms.org and many others

Why study at a virtual university?

Virtual university a government-based university that aims to provide the standard education to the students getting admissions in it. Basically,